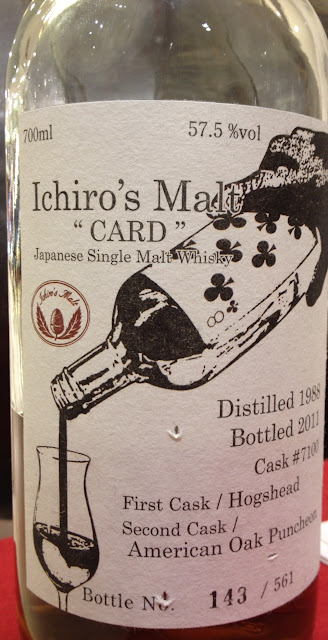 Finish: Short-medium, big bang of white pepper witch switches between the combinations of red licorice and again balsamic vinegar. What’s that pleasant finale after moderate length: mouthfeel of a Montecristo?

Comment: Initially I didn’t think too much of this whisky. I originally considered it to be a Joker (pun intended) out of the card series. I certainly couldn’t justify its price tag of approximately 19,000 yen (depending on where sold) and I still do have doubts. That is only my opinion. However, it has become to grow on me, chameleon like qualities: ability to change in aroma and taste. I’m actually looking forward to my next dram.