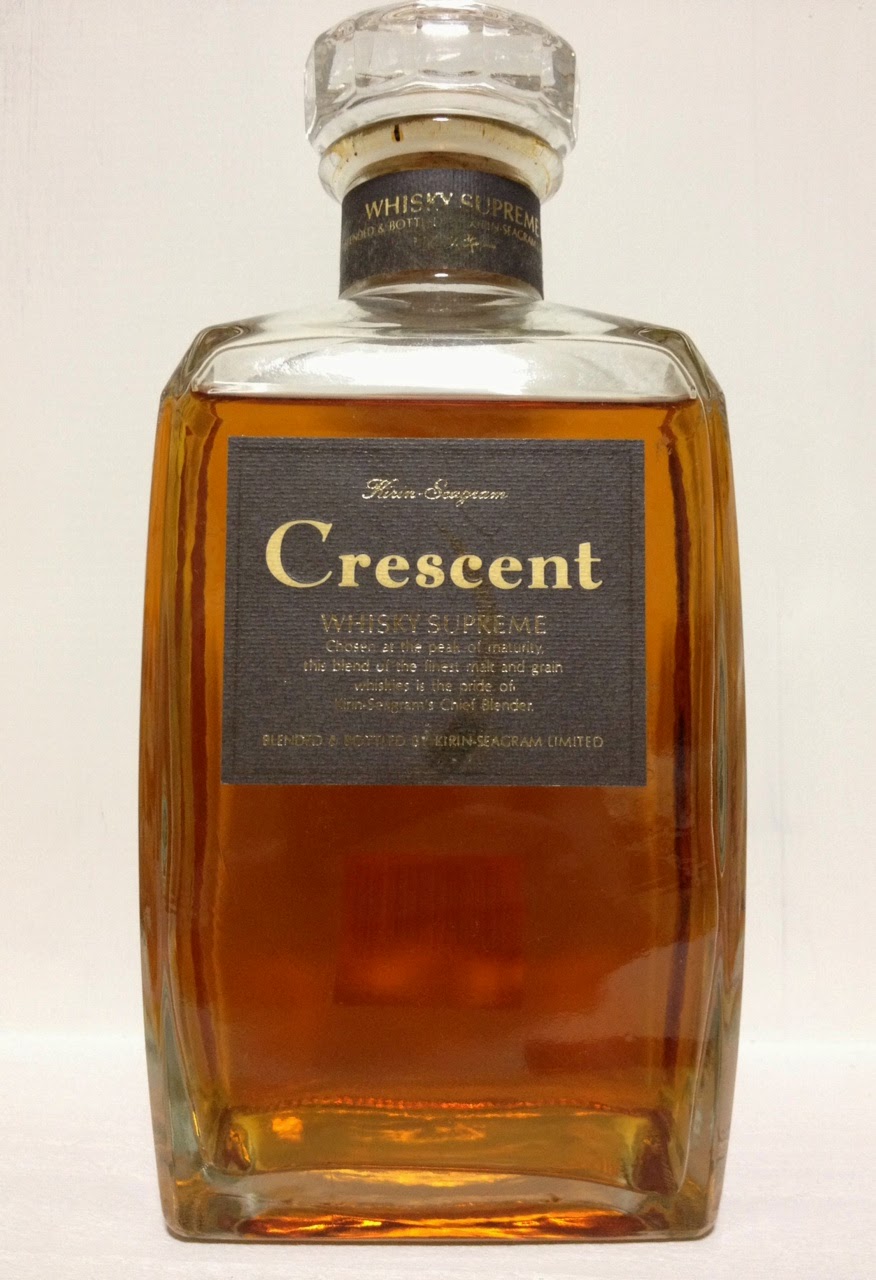 Taste: Semi-spiced fried strawberries, thinly sliced mild pickled ginger, and pan fried pineapple. Vita wheat crackers. Not a lot really happening on the palate, especially regarding the fruit experienced on the nose - a hint of sweet mustard, minerals, and pink grapefruit. Nevertheless, it is enjoyable and certainly nothing to write-off. With a bit of time some other interesting elements surface - tree sap, and rum like qualities.

Finish: Medium, but at times it kind of comes to an abrupt end. However, there is the presence of the Kuromitsu followed by a nutty presence with a mild woody influence. Rum?

Comment: Apparently there was up to forty different whiskies used to create this blend - all coming from Kirin-Seagram's portfolio at the time. The partnership also produced a similar blend named Ten Distilleries however, as the name suggest only malt and grain whiskies from ten distilleries was married together. The Crescent 'Whisky Supreme' was released on the domestic market in 1981 (source).
Posted by - Clint A at 2:57 PM No comments: 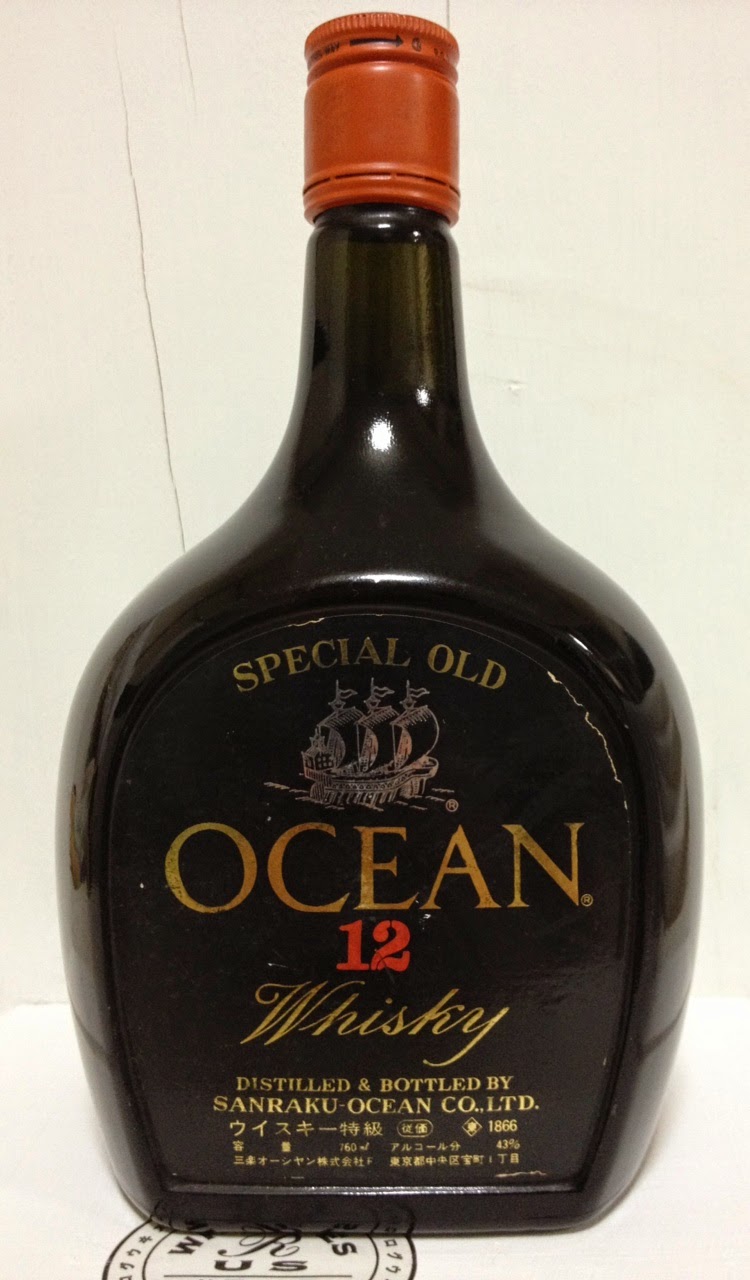 The Ocean-Special Old 12yo bottling was distilled and bottled by Sanraku-Ocean Co.Ltd. The original 12yo version hit the domestic market in 1965 (according to research). The reintroduction of the newly designed bottle and label (pictured above) took place in the late 70s (1977). This was later replaced with a non-age-statement black labeled version (Ocean-Special Old SP) around 1981 before shifting to the white labeled NAS (SP) bottling in 1985, labeled as Mercian. For those interested in domestic trivia there was two label variations of the 70s bottling - two different company locations. The 1977 release was labeled under the company's location 'Muromachi' (pictured above), while the following variation was labeled under the 'Kyobashi' company location. Written on the screw cap is: 'Distillery at Karuizawa & Yamanashi - Blended Whisky'.

Finish: Red apple skins. Burnt toast. Slightly roasted red capsicum. Underripe plums. Quite moderate. Becomes rightly silky on the mouthfeel with water however by adding water it awakes a solvent in the grain and tweaks the mellow spice.

Comment: Fair to say a very descent blend. Great for places with warm temperatures. Not even a suggestion of smoke or rubber on the nose with this. Liquid history indeed.