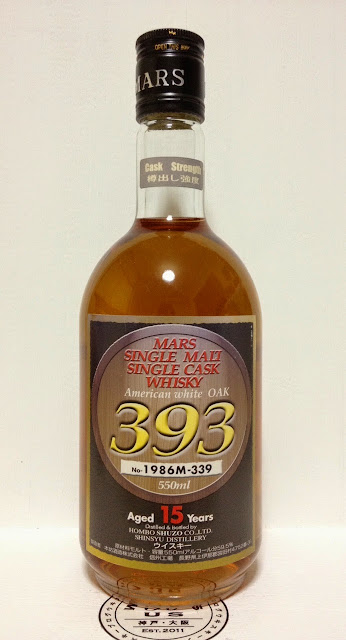 Finish: Very long and prickly with a mellow hint of a liquorice, and glazed grapefruit peel. With water mildly spicy coconut chutney.

Comment: Some attentive readers may have already pointed out – there is quite a bit of colour disfiguration on the labels and in particular the ‘Cask Strength’ seal on the bottle neck. Pictures of other bottles in comparison show a black seal that may suggest my bottle had potentially seen a lot of sun/or shop lighting while sitting on the shelf. Significant exposure to light - being natural or artificial can cause colour change and affect the taste, as to how much or if any of this bottle has been affected is anyone’s guess.
Posted by - Clint A at 3:39 PM 13 comments:

Asahi breweries Ltd, the owners of the Nikka Distilling Co, yesterday announced their revised prices for both domestic and imported products in the company’s portfolio. According to the Japanese press release (here) prices will become effective locally from September 1, 2015. The price hike, stated by the company is in accordance to the price increase in barley and raw materials such as corn. Some products have risen up to 44 percent in price. 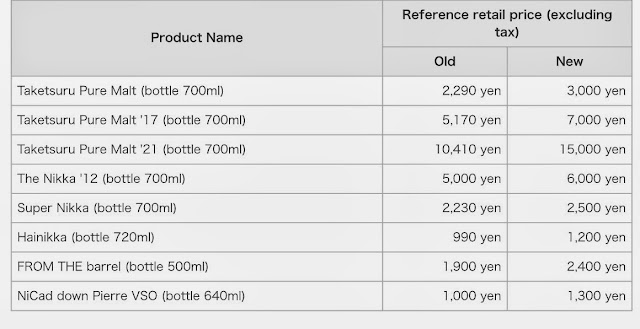 In addition, and although Asahi holdings have not officially made a public announcement, word among working people in the industry is that all aged single malt expressions from both the Yoichi and Miyagikyo stables will disappear from the distillery’s portfolio before the end of the year. Along with this hint of what is to come, apparently the infamous no-age single malts will cease in the 500ml bottling and change to 700ml respectively. In short, if you are a fan of either expression it may pay to stock up - that is to say if you can find anything on the shelves.We all know what happened with Yamazaki 10 and 12 year old expressions. 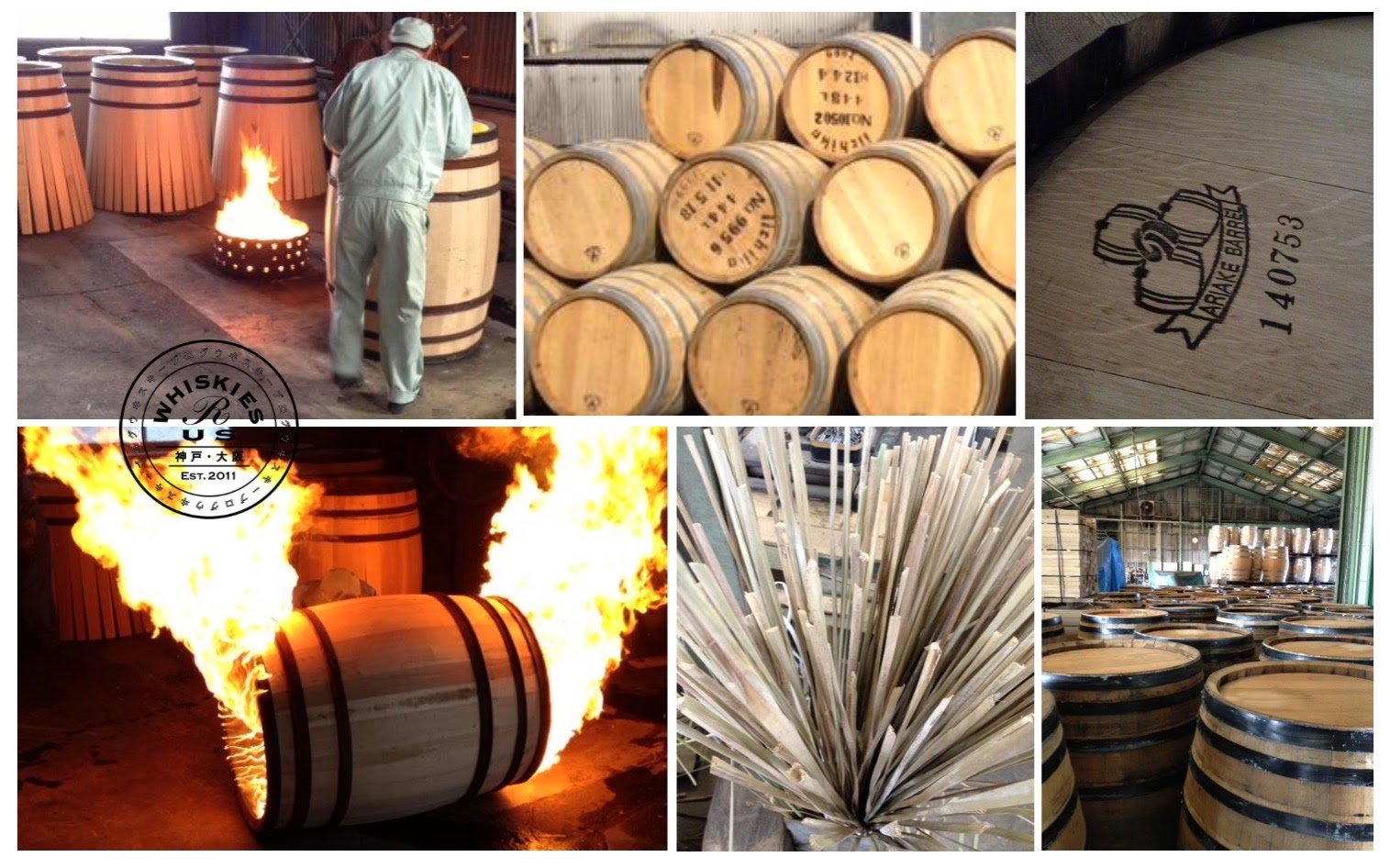 Ariake Sangyo was founded in Kyoto in 1963 as a small, family-owned business established by the Odawara clan. It was here, at the Kyoto headquarters that the firm began its history. In the early days it started out making wooden crates to cradle Japan’s traditional 1.8 litre Sake bottles that are known locally as Sho-bin.

Then, in 1984 the firm, using its knowledge of wood properties officially began making casks to meet the initial requirements of wine and Sochu makers all over Japan. Due to a stand-out reputation, increasing demand, reservations and inquiries from whisky distillers, within a few years it was necessary to expand and in 1997 built its present warehouse–Ariake Barrel. Situated in Miyazaki prefecture, located in the southwest of Kyushu, in Japan’s third-largest island, the establishment is one of the few remaining cooperages in the island nation.

In terms of scale and activity, the amount of employees, and cask turnout, the cooperage is relatively small when compared to international large-scale ‘mega’ production facilities. Eleven highly-skilled 20 year veteran craftsmen on average turnout about 3,600 casks annually or 300 units per month–each barrel a testimony to the many years of experience and dedication to the master coopers. It takes patience, skill, and passion to create the perfect barrel. Time and attention that a small-scale artisanal cooperage like Ariake Barrel painstakingly put into making casks is extremely significant, especially at a time when most large cooperages have significantly replaced man with machines.

Ariake Barrel continue the age-old craftsmanship using traditional methods and tools where the majority of the workload is by hand involving hard physical work.  Here, highly skilled individuals have not been replaced mechanically, the only aid given to the ageing specialists is one mechanical hoop driver for putting on head hoops. Quarter and central hoops, stave repair, and the fitting of barrel heads are implemented the old-fashion way–wielding a weighty hammer and driver.

There is no automated assemblage or charring here, no computer driven technology, nor any gas burners in sight, traditional toasting and charring methods are employed. Open end casks are placed over open-fire wood burners for a pre-light toast before wood chips and wood shavings are added for 15 seconds to achieve the right level of char. Degree of charring is determined by the eyes and expertise of the coopers who will, when ready, physically and theatrically burrow behind flamed engulfed casks, and by using their body strength and hands lay the casks on their side and roll them for an additional 8 seconds before being extinguished–timing, speed, and the personal pursuit of excellence remain at the forefront. Singed and blackened faces coincide with the beginning of popping and cracking sounds. 90 percent of these newly coopered barrels will go to Sochu industry while the remaining 10 percent is allocated to domestic whisky produces, most of which being for craft or upcoming distilleries. In addition to the production of American Oak barrels at the cooperage Ariake-Barrel import new virgin casks (whole) - French wine (95 percent) and American Oak (5 percent), along with refill casks (whole) - Brandy (50 percent) and Sherry (50 percent).

Currently Ariake-Barrel is not officially open to the public but this may well change in due time.
Posted by - Clint A at 3:51 PM 9 comments: