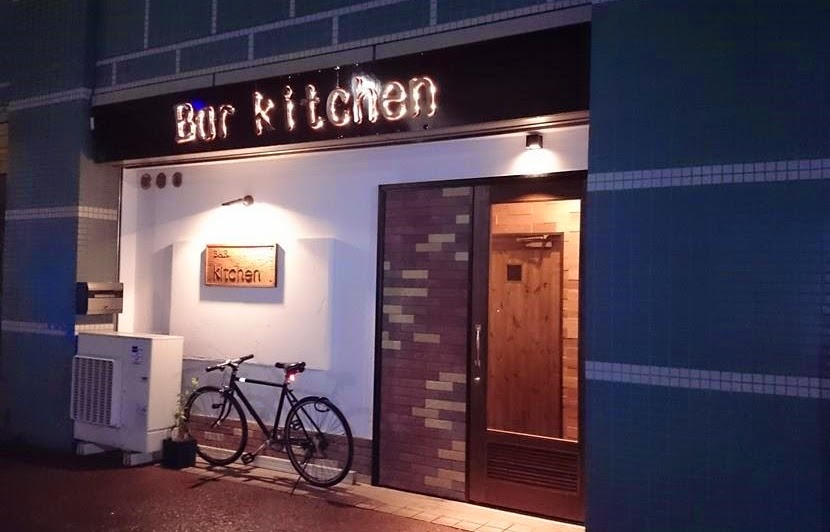 Bar Kitchen suggests in it's name that meals may be on offer. If you're after a drink with some local cuisine, and let's face it, there's plenty to be had in Hakata, well then you better try else where - there's no food here, and who needs it! So why name the establishment 'Bar Kitchen' then? Oka-san, the owner and sole bar tender wanted to name his place with something memorable, and at the time of opening his original premises in Kurume many moons ago (since 2002) he was in a band called 'Kitchen Drinkers' - the association stuck.

So now you've learned that this place isn't an eatery, your probably wondering what's on the menu? By all means it is a very distinctive menu. Distinctive enough for me to openly say that until date this is "The" No.1 bar of all time. Yep! Happy to put my neck out on that statement - most likely unbeatable (as far as personal preference goes, and what I've visited so far). Since relocating to the upgraded Hakata premises in September, 2014 Oka-san has amassed a smorgasbord of approximately 1,500 bottles that consists of both rare Japanese and Scotch whisky, as well as an assortment of premium and vintage bourbons for those who fancy it (and that's what only the eye can see...there's more tucked away below the bar). The layout is pure eye candy with a back bar wall consisting of thirteen columns with six tier shelving intricately showcasing an extremely impressive lineup: independent bottlers (past&present), SMWS bottlings, vintage official bottlings, Suntory Owners Casks, Nikka single casks, Karuizawa, Chichibu (many single cask stuff), and astonishing Hanyu (including the entire set from the famed 'Card Series' - with both Jokers, and Shinanoya's 'Game' series). Not that I need to point it out...a true haven for Japanese malt enthusiasts, and well, for those who have an obsession with either one of the distilleries listed above. 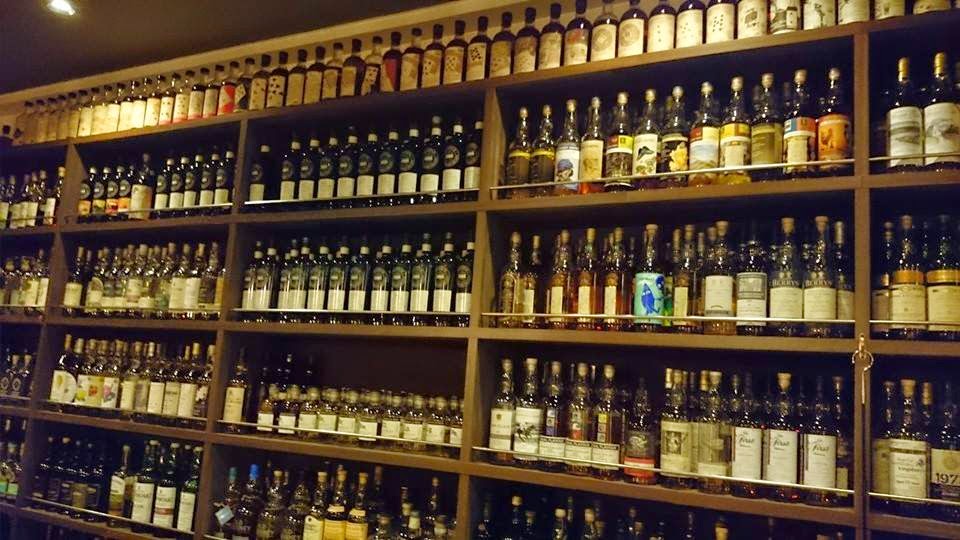 Bar Kitchen has all the trimmings of a high end bar with its savvy (but homely) interior but in actual fact it doesn't charge high end prices. This is what really sets itself apart from elsewhere. Although there are ultra-premium whiskies you won't be paying ultra-premium prices. Many of you who manage to actual visit this bar will be very surprised with its affordability. When you walk through the door you're quickly overwhelmed, you're taken back by the sheer presence of the bar's bottle offerings, but equally your captivated by the beautiful bar counter that measures 9.5 meters in length and is 11cm thick. I hear you saying: "what's captivating about that"? Well...this almost 10 meter bar counter has been intricately cut from one single tree in one solid piece. There's not many places that have done this/or can do this. Perhaps imagine it before I get of track and start talking about lumber. I can say so much more but you get the idea...check it out for yourself and make Bar Kitchen a MUST visit while in Hakata. 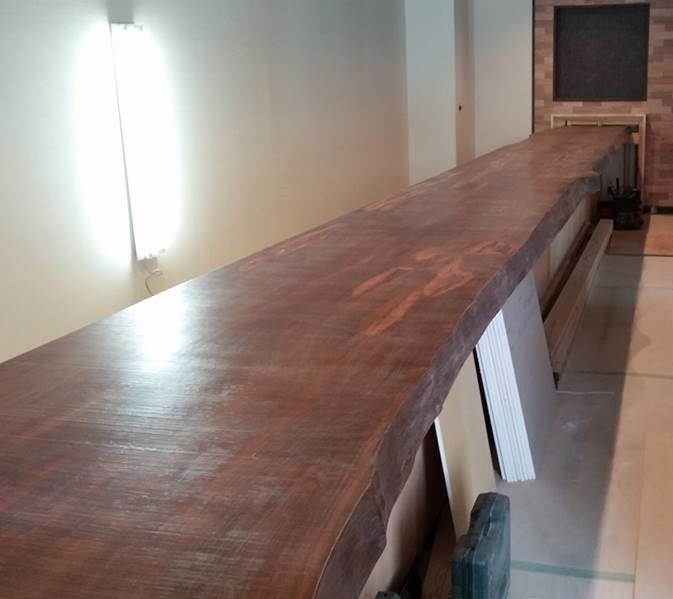 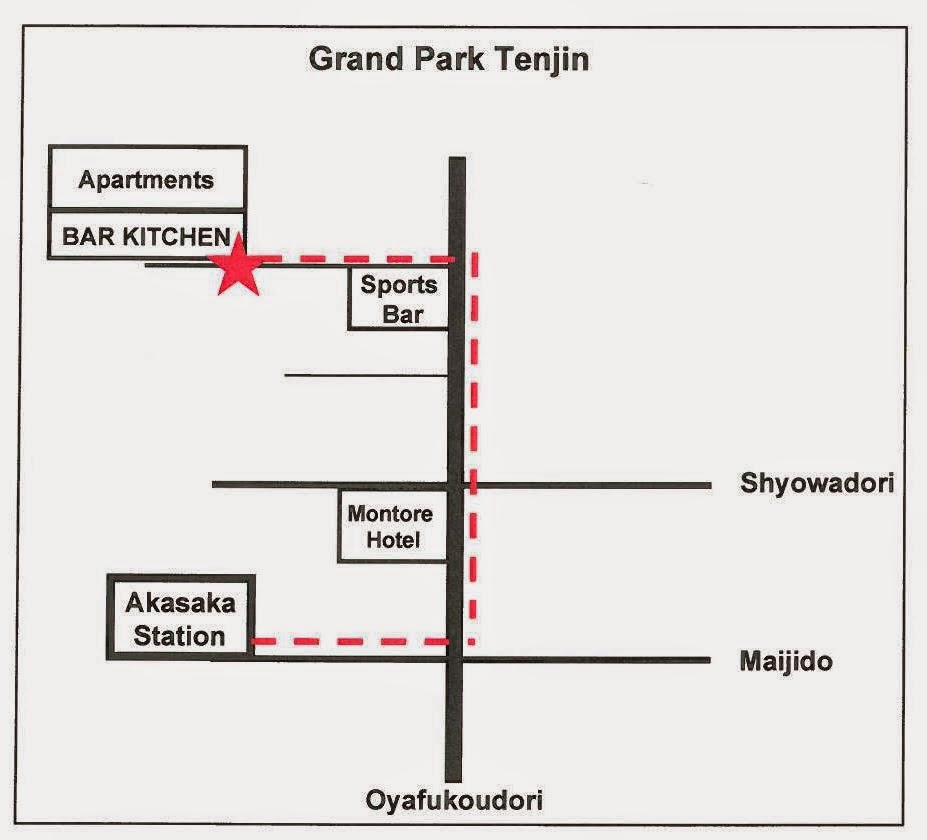 Bar counter image courtesy of Bar Kitchen
Posted by - Clint A at 11:51 AM 10 comments: