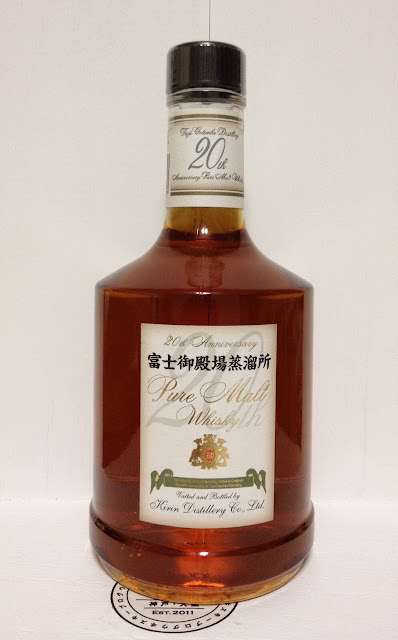 Nose: Straight off the rim of the glass you get an array of fruits including coconut sticky rice with sliced mango (Thailand desert), sliced banana soaked in rich tin fruit salad syrup, dried apricots and baked pear, and without doubt stewed apples with a touch of clove. Vanilla soft chewy candy. Mellow hints of soft liquorice sticks. Pencil shavings. The most delicate hint of peat. Fruity chewing gum (Juicy Fruit). Wood varnish develops with a bit time along with a grassiness.


Taste: Thin and reasonably mild-to-light, a tad tangy with a touch of menthol before going straight-up dry. Outside the dryness you get mostly stewed apples with cloves (clove ratio to apple is out weighing – mellow spice). Subtle hints of liquorice. Then, dried apricots and dried orange peel. Perhaps a little less estery here than the nose. If only there was a bit more going on the palate.

Finish: Dry. Not a huge change from the taste with the same elements of subtle liquorice, dried apricots, cloves and apple, followed by dried orange peel and grassiness. Walnuts on the last leg.

Comment: This vatted malt would most likely have been a stellar whisky if the palate showed a bit more potential as did the nose. Still, very enjoyable, and most suitable for warm weather. Interestingly this reminded me of a few other Japanese whiskies I’ve had before from different distilleries.

Note: The Kirin Fuji-Gotemba distillery began operating from 1973. The release of this pure malt (vatted malt) in 1993 was to commemorate the distillery’s 20th anniversary. According to various sites, including Kirin, some malt parcels contained in this blend were distilled in commonly used continuous stills. This whisky was/is perceived as a limited release but from what I was told and can see it is still available at the distillery and on-line at an RRP of 3,240 yen (including tax)…silly me for paying too much for it on the second hand market!
Posted by - Clint A at 3:18 PM 7 comments: