Scenic, reasonably comfortable one-hour train rides from the heart of Kobe city delivers you practically to the doorstep of the White Oak Distillery. The distillery is in Eigashima, which is located in the city of Akashi. The whisky produced at this distillery is of a small proportion as the company’s main production concentrates on Japan's iconic beverages – sake and sochu. 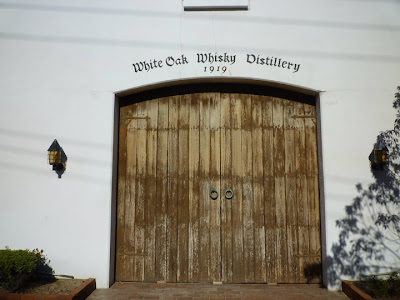 Although the distillery was founded in 1888, they dabbled in whisky from 1919, but genuine whisky distilling did not take place until the company built a new facility in 1984 to house the production of malt whisky. Prior to this all the whisky that was produced was used in a variety of blends known as White Oak. 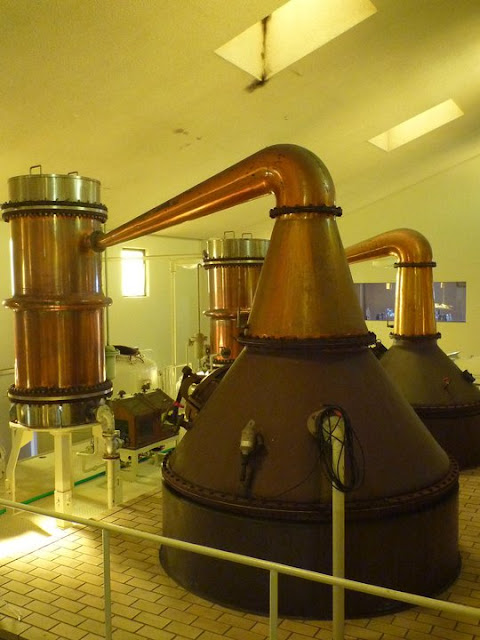 The low production of malt at the distillery means that little whisky can be aged long enough to be adequate for single malt bottling. On my visit to White Oak I was told that the pot stills are only fired up once a year for a very short time. In 2007, they made their debut and joined the single malt industry by releasing their first single malt.
White Oak have distilled three single malts and a variety of blends. The single malt expressions labeled as “Akashi” (taking the name of the hometown) consist of a 5, 8, and 12-year old. Only 4,500 bottles of the 8-year old expression were released but staff at White Oak said it's no longer available to purchase on-line or direct from the distillery.
Since my visit I have been lucky enough to come across a bottle of the 8-year old on my travels so it can be hunted down. The other expressions are readily available and can be purchased on-line. Note, the 12-year old is limited to 2,000 bottles and is labeled as a non-chill filtered whisky with no colouring.