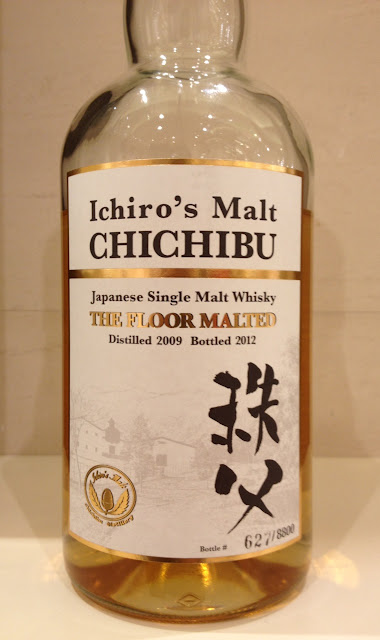 Finish: Moderate, a pinch of cinnamon and bitter chocolate before ending with a light honey biscuit dough and slight vegetal note.

Comment: Most likely one of the sweetest malts, in terms of aroma, I have come across in a very long time. It is certainly hard to distinguish the ABV of 50.5 percent, as the malt is soft and mild, not bad for a three year-old. This expression, like all of Ichiro’s malts has yet again proved to be popular. As an example, the Umeda Hankyu department store had a total of nine bottles available in stock, which retailed at 8,500 yen. The whisky team at the Hankyu whisky corner has informed me the last bottle sold during the beginning of the week. For future reference, the guys at the Hankyu whisky corner are worth a visit when new bottlings are released, reason being, like they did with The Floor Malted, they give you the option of buying 100ml or 200ml decanters. In my opinion this is great, especially if times are not the best financially.