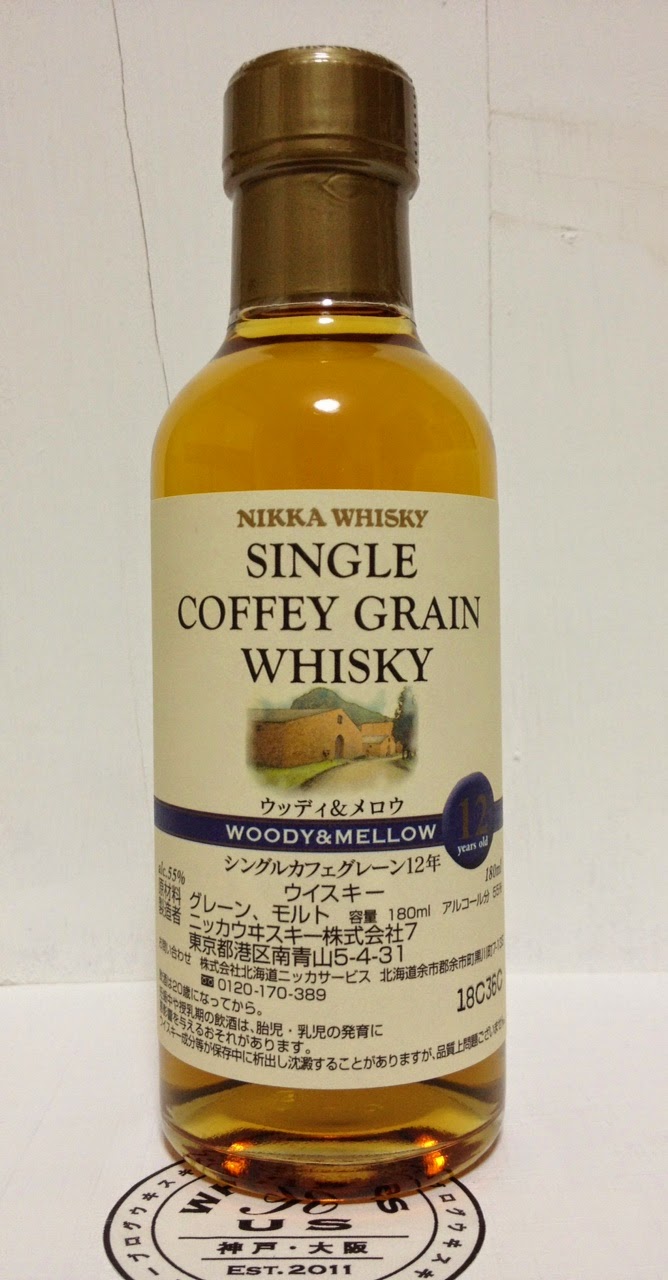 Nose: It is, as the label says, 'woody', and it's an interesting mix of distinctive woods such as red cedar and white pine that is set against a layer of vanilla cream and Pascall milk bottles - soft, chewy, sweet, creamy, milk flavoured lollies. Initially there is a few seconds of suggested varnish (wood/nail) but not in an off outing way- it fades quite quickly giving way to evident banana cake. Honeycomb and stewed apples with cloves. Then, white sugar mixed with butter until creamed. Past this, a mild sour note emerges - think sour yogurt but not in an unpleasant way. Yakult also rolls of the glass before it drifts back to a mixture of lightly salted margarine, fresh wine boxes/crates, fresh (uncooked/raw) corn cobs, oak, and mild (green) vegetal notes. Very seductive, rich, and matured grain.

Finish: Reasonably long. Buttered baked radish. Walnuts, and again that Cajun spice, which is much more mild on the finish.

Comment: I'm actually a big fan of single grain - Scotch and Japanese.  Many drinkers often say that all single grain whiskies taste the same however I disagree! Put this side-by-side with another Japanese single grain expression and you will immediately see the differences. I would have liked to got a bit more out of the palate though. Rewarding nose.

Note: Although the label clearly says 'single Coffey grain' it states (in Japanese) that it also contains malt.
Posted by - Clint A at 11:10 PM