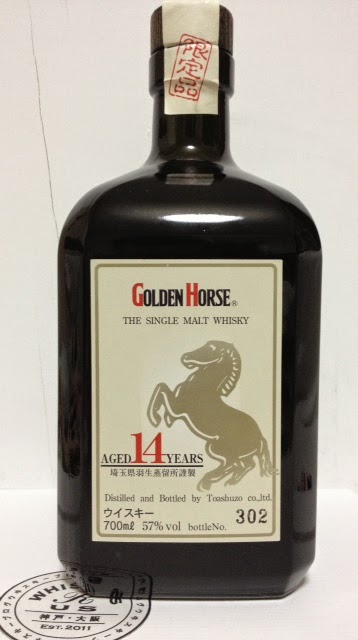 Nose: Dry but at the same time complex, and with sophisticated sweetness. Ripe golden delicious apple with a touch of pear. Dry sandalwood. Honey and raisin cake along side a mild fruit tea infusion (green banana, mango, and cinnamon). With time Woodroofe's Sno-Top (a brown vanilla-flavoured creaming soda). Water adds barley sugar with mild floral hints and amps up the sandalwood (in oil form). Peanut shells. Then, Juicy Fruit gum. It's fair to say this malt is quite feminine in comparison to other hard hitting Hanyu.

Finish: Medium to long, dry with both chalky and mellow floral soapy elements.

Comment: I first tried this as recent as last year (2013), with Brian at Bar Augusta. I was totally amazed with the sheer quality and flavour profile that I made it my mission to track down a bottle, the conventional way and not on the resale market. It has taken roughly a year to do so, and by no means was it easy seeking out this rare gem. In fact I was giving up all hope. Then, I was lucky to go on a camping trip in the sticks and came across a retailer that I thought wouldn't stock anything interesting...pays to check high and low. Released in 2004 by Tao Shuzo.
Posted by - Clint A at 11:18 PM