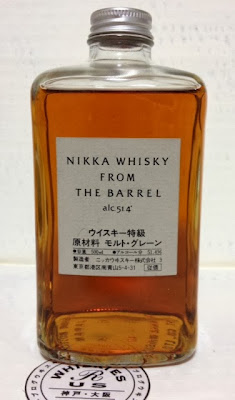 Nose: Off the bat what a stunner. Quite a fruity number in various forms: orange peel, lemon and lime sherbet, banana and pineapple from tinned fruit salad. Peat was evident as well as treacle at various intervals. Certainly oaky (subtle), then musky floral and caramelized sugar. Water brings on mellow mint pattie and dried fruit bread. Not consistent but at various stages blueberry cheese cake and mild bubblegum.

Taste: Creamy vanilla, a tad licorice, and suggestions of mild smoke? There is an abundance of malt along with a nutmeg and cinnamon combo. From here costal honey, toffee, and a bitter sweet note. When diluted the whisky in my opinion goes vegetal - not necessarily bad, but by adding water the palate looses its punch.

Comment: The longer its left in the glass magical things begin to happen. I bought this at an ancient mom & pop store, the proprietor mentioned that he had it in his shop for years which prompted me to do a bit of research. According to some, whether true or not, most of the early batch NFTB had no serial numbers on the front label. Apparently many years after Nikka introduced batch numbers - if this is true I guess it just means I have an early circa NFTB. Not really sure why it took me so long to buy my own bottle.

Note: I've heard some people label NFTB as a pure malt, just to clarify this is not the case as the whisky retains grain - naturally making it a blend. Having said that it certainly could be said it tastes like a pure malt.